The rights of Colorado drivers during DUI traffic stops

Understanding the rights of Colorado drivers during DUI traffic stops

During DUI traffic stops in Colorado, drivers who are pulled over for suspected DUI are often asked to perform voluntary tests. These may be used as evidence against them.

Often, people in Fort Collins, and all across Colorado, partake in the occasional libation. While this is not generally a problem for those who are of age, it can cause issues for drivers. According to the Colorado Department of Transportation, over 26,000 people throughout the state are arrested each year for DUI. Not all of these arrests are clear-cut, however. In order to help protect themselves from unwarranted arrests, it behooves Colorado drivers to understand their rights during DUI traffic stops. 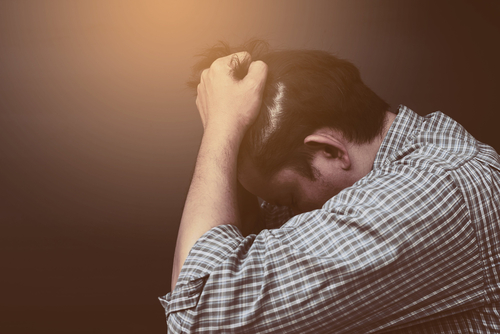 At most DUI checkpoints, the first thing law enforcement officers do when approaching a stopped vehicle is ask the driver questions. Answering these questions may incriminate motorists, or provide authorities with cause to investigate further. While drivers may feel that they have to talk to the officer, the National Motorists Association points out that it is within their legal right to refuse to speak with officers. These motorists can present the officer with a card that states they wish to exercise their constitutional rights. This includes wishing to exercise their Miranda rights, refusing to talk until they have consulted with an attorney and continuing on their way if they are not under arrest.

In a DUI traffic stop when law enforcement officers pull drivers over for suspected DUI, they often ask the motorists to perform field sobriety, or roadside, tests. These tests may include the horizontal gaze nystagmus, walk and turn, or one-leg stand. Under most circumstances, authorities utilize these tests as proof of a driver’s intoxication, and not to prove that they should be let go.

Potentially incriminating, these tests are generally voluntary. This means that motorists do not have to perform them. Often, law enforcement will not notify drivers of this fact when asking them to participate. Even if a driver refuses to perform a roadside test, he or she may still be placed under arrest. In these cases, however, authorities typically have a tougher case to prove in court.

Understanding driver’s rights with regards to chemical tests can be confusing. Prior to being placed under arrest, Colorado motorists generally have the right to refuse preliminary breath tests. It is important to keep in mind, however, that if a driver has not consumed alcohol or used drugs, acquiescing to this test could work in their favor.

In some cases, authorities may have probable cause to arrest a driver for suspected DUI even after a preliminary breath test refusal. By state law, Colorado drivers no longer have the right to refuse chemical tests after they are placed under arrest. According to the Colorado Department of Revenue, the state’s Express Consent Law requires drivers to consent to chemical testing if authorities have probable cause that they are driving under the influence. Refusing to comply with chemical tests at this point generally results in additional, severe penalties for motorists.

Working with an attorney

The decisions Colorado drivers make when they are stopped for suspicion of DUI could have a profound impact on their futures. Evidence gained during a traffic stop is often used to prove a motorist’s guilt, not his or her innocence. As such, those facing alcohol-related charges may find it beneficial to seek legal counsel and representation. An attorney may explain their rights, as well as offer guidance as to the best course of action given their circumstances.