Exploring the Inaccuracies of Eyewitness Identification

Flaws in the eyewitness identification process has resulted in the wrongful incrimination of innocent people.

Although eyewitness testimony and identification is allowed as admissible evidence in a Colorado court of law, numerous studies show that it is often unpredictable and inaccurate. Statistics from the Innocence Project show that eyewitness misidentification plays a significant role in the wrongful incrimination of innocent people. The non-profit organization aided in the release of 325 people from prison, where they were serving sentences for felony crimes they did not commit. In at least 75 percent of those cases, eyewitness identification was listed as a contributing factor. As the group continues to work on cases to free innocent people, they also promote criminal justice system reform to prevent these cases from occurring in the future. 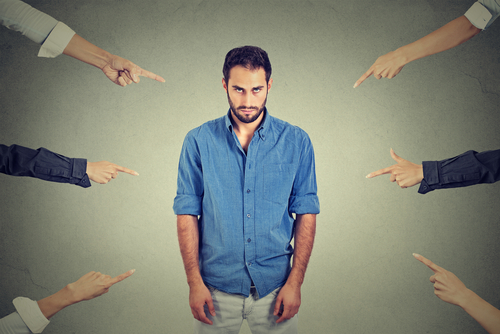 Let’s delve a bit deeper into exploring the inaccuracies of eyewitness identification. In one study, PBS.org described how two different juries heard the details of a case. In one scenario, the jury was only given circumstantial evidence. Then they were asked to make a judgment. In the second scenario, the jury was given one eyewitness testimony in addition to the same evidence presented in the first scenario. Surprisingly, only 18 percent of the jurors in the first case found the defendant guilty, while more than 72 percent of the jurors submitted a guilty charge in the second case.

How does eyewitness misidentification occur?

There are many factors that can lead a witness to choose the wrong suspect out of a lineup or identify a perpetrator based on details they remember from the crime. Many states still use faulty lineup procedures in the eyewitness identification process. Some lineup administrators, who are aware of the possible suspect, may unintentionally give nonverbal and verbal hints to the witness. Other organized lineups may inadvertently feature a person in a suspicious light.

According to an article published in PBS.org, the human memory may also be to blame for the misidentification of suspects in a crime. It described how memories are subject to suggestion and change. It isn’t uncommon for people to unintentionally alter the details of a memory, adding and deleting facts as they learn more about a case. They also found that environmental elements, such as how much light was present at the crime scene and how far the witness was standing from the suspect, make a difference in the accuracy of the identification as well.

People who are asked to participate in a lineup or who have been charged with a crime that they did not commit, may want to seek legal counsel from a criminal attorney in Colorado. When your life is on the line, it can be difficult to know what to say and do. A Colorado criminal defense attorney may be able to help you through the legal process and maximize your chances of being released.