End of Private Prisons and the Criminal Justice System 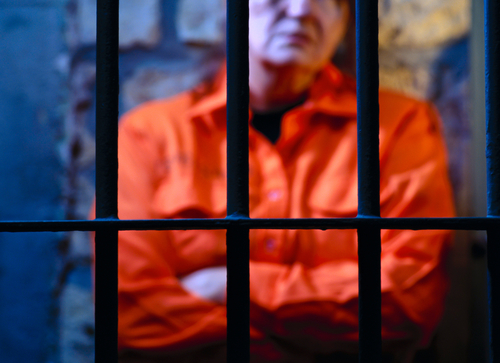 One recent topic of debate in the criminal justice system is private prisons.

One recent topic of debate in the criminal justice system is the end of private prisons. The role of private prisons in society, the problems and benefits and even their very existence is a subject of much conversation in the media, public, and among the legal profession. Private prisons have been on the rise for the past three decades. However, all that seems to be coming to an end.

Why are Private Prisons on the Decline?

While there has always been a significant and vocal portion of the population against privately-run prisons, opposition has recently been on the uptick. This is due to several reasons, the primary being prison abuses. For instance, the Walnut Grove Correctional Facility, a private prison in Mississippi, had a huge problem with gang violence. According to the ACLU, this was due to staff cutbacks in an effort to save money. The prison was closed in September 2016.

The effort to reduce costs and maintain profits has been blamed for prisoners in private-run prisons receiving inadequate medical care. In 2012, the Washington Post ran an article citing a report to a federal judge criticizing a private prison in Idaho for an atrocious medical program that violated the Eighth Amendment’s prohibition against cruel and unusual punishment.

Besides the human rights issues, private prisons have also generally not provided cost savings for the government. Although private prison proponents often cite reduced costs as the main argument for the for-profit prison system, studies show this is simply not true. In fact, a New York Times investigation in 2011 found that in Arizona, a mere 3 cents a day is saved on private versus public prisoners, for a total yearly savings of just $10.95 per prisoner.

Due to the reasons cited above, the Department of Justice announced in August 2016 that it was ending the use of private contractors to run federal prisons. While the decision to phase out private federal prisons is significant, federal prisoners represent only a small fraction of the overall number of prisoners in the United States. Most prisoners are actually housed in state or local facilities.

Also, only about 13% of federal prisoners are currently incarcerated in private prisons. The Justice Department’s decision also does not apply to prisoners detained on immigration violations or prisoners in custody of the US Marshals Service.

Why the Decision is a Big Deal

If such a small percentage of US prisoners are affected by the end of private prisons, then why does it even matter? There are two major reasons why this shift in policy has importance. First, the Federal Department of Justice often sets the tone for state and local policies and decisions. Many state and local judges have already questioned the constitutionality of the very idea of a for-profit prison system. The Justice Department’s new policy adds to this debate. As more and more states face the problems caused by private prisons and fail to see a significant cost savings, it is likely that they will follow the federal government’s lead.

Secondly, this policy shift pushes American punishment and corrections systems in a progressive direction. This has repercussions beyond the issue of private prisons. For example, there has been recent focus on the matter of defendants being held in custody when they cannot afford to pay bail. The Justice Department has filed briefs stating their position that this practice violates the Fourteenth Amendment. The Federal Governments concrete action on ending private federal prisons also encourages state and local courts to act in a progressive manner and safeguard the rights of all defendants.

What the End of Private Prisons Means for Defendants

For federal defendants, the impeding end of private federal prisons will hopefully lead to a return of accountability and adherence to constitutional standards. This includes the prohibition against cruel and unusual punishment. This means adequate medical care and protection from abuse at the hands of other inmates and staff.

It is hopeful that local and state defendants will not be far behind in ending the harsh treatment in private prison systems. Although private prison corporations are naturally fighting these efforts, a large movement is underway to eliminate all private prisons in the US. Still, the best course of action for all defendants remains knowing their rights and obtaining a competent and experienced attorney when facing criminal charges.