Denver Allows Pot in Bars – What Does it Mean for You?

Denver Allows Pot in Bars – What Does it Mean for You?

You have probably heard about Denver allowing pot in bars. Colorado has a long history of being one of the most marijuana-friendly states in the union. Medical marijuana was approved under Amendment 20 in 2000. Then, in 2012, recreational pot use was legalized by the passage of Amendment 64. Now, Denver has said that bars and restaurants can allow people to use weed on their premises under limited circumstances. But what are the laws and limitations, and what does this mean to you?

Proposition 300 is the law in question and allows patrons to use weed in bars, restaurants, and other semi-public locations, albeit with a lot of caveats. Advocates say that this measure will limit public pot smoking on the streets. This allows people who don’t have a private home in which to smoke, like tourists, the ability to enjoy weed in a legal location.

However, there are many limits to Proposition 300, the chief of which is that you’re still forbidden from actually smoking marijuana in bars. That’s right – you’ll have to ingest your marijuana as edibles or in other non-smoking forms. Also, you have to bring your own stash to the establishment. This is because bars and restaurants sell food and drink so they’re not allowed to also sale weed. It continues to be illegal to smoke or consume pot on site at marijuana stores in Colorado. Alaska is the only state to allow use on site at this time.

Of course, you still must be 21 to buy or use pot in Denver or the rest of Colorado. Furthermore, a bar or restaurant must obtain a license before they can allow marijuana use on the premises. Such a license is subject to approval by the establishment’s neighbors, who can raise objections. 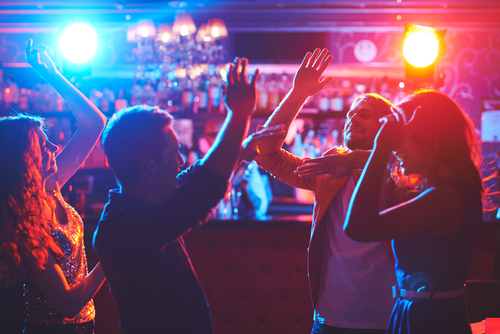 Conflict with Other Laws

Denver’s Proposition 300 does not appear to be in conflict with Colorado state law. Colorado does not have a law regulating public marijuana use. It has been left up to individual towns and cities to create guidelines. As a result, there should be little state interference in Denver’s decision at this time.

However, it is important to note that marijuana consumption remains banned at the federal level. While the Obama administration has shown little interest in overriding state and local decisions regarding pot, it remains to be seen if the incoming administration will stick to this policy. While it’s certainly possible that the new attorney general and president will try to reassert restrictions against weed, they’ll likely face strong resistance in states where marijuana has been legalized.

Like the debate over the use of alcohol, the pot question often comes down to a matter of personal freedom versus public safety. Marijuana advocates point to individual choice and economic benefits as supporting factors for Proposition 300. In fact, there is good evidence to suggest marijuana consumption drives sales of food, drink, and alcohol. This results in increased business revenue and more sales tax income.

Of course, opponents have their arguments. One that has been cited is the danger of pot use by minors. However, this argument appears to be weak. For one, Colorado law already prohibits weed consumption by persons under 21. Enforcement would not be any more difficult under Proposition 300 since the drinking age is already 21. If someone is using marijuana or appears to be stoned, the establishment need only check their identification to verify they’re of legal age.

The other main concern seems to be a fear of increased incidences of driving while under the influence of marijuana. Colorado state law states that a jury may infer that a defendant is guilty of DUI if a blood test shows 5 ng/mL of THC or more in the person’s blood. However, this is not a presumption as different individuals show different levels of impairment at the same level of THC concentration. Furthermore, it is incredibly difficult to know what amount of pot use will cause “intoxication” as different strains contain varying amounts of THC.

As with drunk driving, an officer needs probable cause to give you a blood test for THC intoxication, unless you give consent. Urine tests are not permitted since this test does not determine the active amount of THC in your system. Your best bet remains to refrain from driving if you even suspect you might be high or stoned. Have a designated driver available before you start using. In addition, having an attorney that understands the DUID laws is important. Have the attorney’s name and number available for future use. Talk to your attorney about your rights and responsibilities before you see flashing blue lights in your rearview mirror.